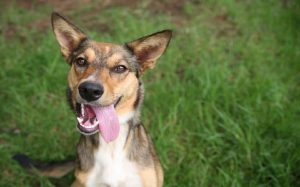 Mongrel, which is also popularly known as Mutts is not categorized in any breeds type. It is a very unpredictable breed that appearance, physical traits, characteristics vary from dog to dog.

Mongrels are also comparatively low maintenance breed that does not need too much care like a purebred.

Although Mongrels are unpredictable dogs, if raised with proper love and care, they can make a great family pet. They are relatively healthy dogs that are less likely to face any kind of serious health problems than other purebred.

Each Mongrel is unique than others with different traits and characteristics.

Temperament of the Mongrel

Although the type of environment that they are raised determines the nature they will obtain as they grow up. So, it is necessary to keep them in a good environment where they are treated gently with lots of love.

Mongrel is among the dogs that make an excellent family companion if raised in a friendly environment and socialized at an early age. Expose them to a variety of people at their puppyhood so they become a friendly and sociable dog.

Personality of the Mongrel

The personality of the Mongrel varies from dog to dog. They are one of a kind, a unique dog which thrives on proper care, love, and affection. Some can get along with other pets very well and some are aggressive towards them.

So, watch closely for their behavior and only keep other pets in the house if you feel other pets are safe around them.

Proper training is key to make any Mongrel obedient, friendly, and good-natured. So, train them with patient and consistency. Be gentle with them and motivate them with delicious treats and lots of vocal praises.

Mongrel nature and behavior towards children is unknown. They can be good, loving around them and some can be harsh towards kids. So, it is better to not keep a Mongrel in a house with small kids. Small kids sometimes play harsh and since Mongrel behavior traits are not predictable, it is safe not to keep both together.

If you have children and are considering keeping a Mongrel, you need to look closely for its behavior and train them or guide them. Always supervise their interaction, so no hurting is done from either party.

Mongrel can both be gentle and aggressive. The gentle one can only get aggressive when someone teases them or provokes them continuously. While aggressive Mongrels can get angry if they see strangers approaching or same-sex dogs.

How Does Mongrel Behave Around Strangers?

The Mongrel, if socialized from an early age, get along with strangers quite well. They need to be around a variety of people at an early age. With right socialization, they are warm and welcoming of visitors and guest at home.