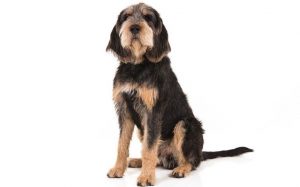 Otterhound dog breed was originated in England for the purpose of hunting Otter. It is believed that they are descended from Bloodhound and some believe that they are related to French Griffons.

It is a large, rough-coated dog with a powerful neck and deep chest. The outer coat is slightly long, rough, dense and of broken appearance. The inner coat is soft and wooly. Its ears are fully covered by hair and tail is feathered.

Otterhound life span is between 10-13 years. Otterhound can come in any color as there is no color preference for this breed. The American Kennel Club recognized Otterhound in 1909 as a member of Hound Group.

The Otterhound is an even-tempered happy dog which loves their family. If they are not playing outside, they sit beside its family. It gets along with other pets pretty well but not with a smaller pet due to their hunting instinct and might chase the small pet around the whole day.

While hunting, they move very slowly until they find their prey and then they jump onto them quickly.

Behavior: Otterhound has a high barking tendency which makes him a great watchdog but they will be disturbing you and your neighbor too. They often have separation anxiety and will be destructive if left alone for a long period of time. So, to avoid his destructive behavior, they should be brought into a house where the owners remain in the house most of the time.

Activity Requirements: Otterhound needs vigorous exercise to keep their mind and body healthy. If you are a jogger, hiker or a runner than Otterhound can be an excellent companion. They are also a great swimmer and if there is a pool near the house, you can find them often in the water. If there is no swimming pool around, take him out sometime so that it can play in the water.

The Otterhound is a strong working dog which loves to be part of the family’s daily activities. If they are not working, you will find them sleeping or laying beside their owner. They can be get uncomfortable if there is not enough space, so they are best suited in the house with a big yard.

Otterhound is an independent dog and they do not like being told what to do and what not to do. Therefore, training should be started at an early age to make a better adult Otterhound.

Otterhound independent personality can make training hard. To train them, first you have to establish a firm leadership upon them. Once they see you as its master, they will start to obey you. Use positive methods of training by rewarding them with treats and vocal praises after a task is completed. After the basic training is done, enroll them in advance training like agility and obedience.

Otterhound is great with children and are gentle toward them. It can be an excellent companion for them if raised together. However, they do not do well if there are toddlers in the house due to their large body.

Older children should be taught to approach them and behave around them. No matter small children or big children, they should always be supervised.

What Can Make Otterhound Aggressive?

Otterhound is not an aggressive dog in general. They are great with people as well as other dogs. It is a gentle and loving dog who loves the company of both other pets and people. However, rough handling can make this dog aggressive. Do not be harsh on them and don’t provoke them as you might see his aggression which can be risky.

How Does Otterhound Behave Around Strangers?

Otterhounds are welcoming of strangers if they are socialized and introduced with the variety of people at an early age. Some can be wary of unfamiliar people and bark at them but after a proper introduction, they can be friends with them. The only key to making your dog get along with outsiders is to socialize them from a very early age.