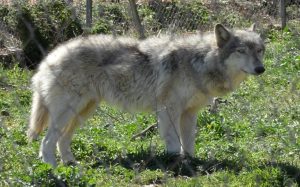 The Wolfdog is a large-sized dog breed that has a similar appearance to the wolf. It is a hybrid that was crossbred between domesticated dog and wolf. The Canis lupus familiaris was interbred with Canis lupus, Canis lycaon, Canis rufus, or Canis simensis. Wolfdog is mostly a dog as it was focused more on making the breed friendlier.

The Wolfdog is mostly a dog than a wolf but also it should not be handled like any other domesticated dog. They need a very experienced dog owner who can equally meet up with their activity level. They are only suitable in a house with an open place where only adults live.

Temperament of the Wolfdog

The temperament of the Wolfdog is independent, alert, and stubborn. They are a highly alert dog that is watchful and sensitive to the activities going on in their territory.

If they sense anything unusual or suspicious, they are very likely to go after it or sound an alarm to warn their owner. Therefore, it is very necessary to keep them in a fenced area so they do not go hurt any person or animal.

The Wolfdog is a highly active dog breed that needs a good amount of regular physical exercise. So, take them on hiking, jogging or running with you as they are a get partner for all kinds of physical activities. Wolfdog can be stubborn, so proper training and leadership are necessary.

Personality of the Wolfdog

The personality of the Wolfdog is curious, courageous, and affectionate. They are a fearless dog that can face anything, even something bigger than them.

With family, they are loving and affectionate but with strangers, they are suspicious. They are protective of their people and their territory, so Wolfdogs makes a great watchdog.

The Wolfdog is not easy to train by any trainer other than an experienced individual who knows how to handle it. The training should be started at a very early age when they are looking for a leader for the pack.

Establish yourself as a pack leader with consistent and firm leadership. Use a positive method of training and be very patient with them.

Wolfdog can be child-friendly if raised in a friendly environment with children, However, it is not recommended to keep a Wolfdog in a house with children. They are a large dog with a wolf temperament and can hurt your kids.

So, if you are considering keeping a Wolfdog in a house with children, it is very important to always supervise their interaction.

Wolfdog is known to be a naturally aggressive dog but if they are raised in a harsh environment, they become aggressive more easily. So, it is necessary to raise them in a loving environment by a loving and experienced dog owner.

How Does Wolfdog Behave Around Strangers?

Wolfdog is very suspicious and untrustful of strangers. They do not trust any unfamiliar person in their territory and will bark at them. So, early socialization with a variety of people is very important in your Wolfdog life

One thought on “Wolfdog Behavior”