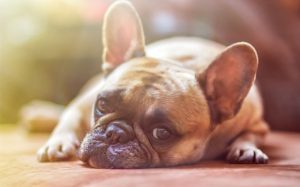 Dogs are cute domestic animals that almost every person in the world admire. They are fun loving animals and love to play in dirt resulting them to become unhygienic.

Due to their unhealthy activities, they suffer from various types of diseases. Diarrhea and fever are some common diseases in them as an outcome of their bad habits. Besides, Otitis Media is also one of them.

What is Otitis Media?

In layman’s language, Otitis Media refers to the infection on the middle ear causing inflammation (reddening and swelling) and fluid-buildup behind the eardrum.

Otitis Media is usually seen in children and in some cases adults too. People also name this disease as middle ear infection as there is infection on the ear.

Otitis Media is usually seen in dogs. The condition is exactly similar to that of the human ear, the area behind the eardrum gets reddened and starts swelling.

Otitis media is commonly found in dogs with chronic ear diseases. The symptoms, diagnosis, causes, and treatments are also very alike except for some minor disbalance .

Symptoms of Otitis Media in Dogs

There are various symptoms to verify that your dog has been suffering from Otitis Media. Following are some symptoms of Otitis Media in Dogs.

Some common symptoms include –

Other symptoms of Otitis media in dogs are –

Signs associated with facial nerve system damage such as inability to blink or paralysis on some parts of the body. A grey bulging eardrum, also known as tympanic membrane can also be seen if the dog is suffering from Otitis.

Diagnosis of Otitis Media in Dogs

The long bent, funnel-shaped conformation of the dog’s ear canal makes it hard to see the tympanic membrane (TM). This causes difficulty in making the diagnosis of the disease.

For the proper diagnosis of Otitis media in dogs, it requires attention to history and clinical signs. It is also often said that otitis media in dogs is an extension of otitis externa that was not properly treated or resistant to treatment.

Causes of Otitis Media in Dogs

There are various causes of otitis media in dogs. Some common causes are extension of otitis externa past the eardum into the bulla of the ear, seeds or any foriegn object in the ear and accident or trauma.

Other causes of otitis media include migration of bacteria from the pharynx to the middle ear via the Eustachian tube, mites and yeasts agents in the ear.

As the ear is warm, it is an ideal place for the bacteria to breed. This causes the multiplication of bacteria that are the pioneers of otitis media. Aural tumour also causes otitis media in dogs.

Treatments of Otitis Media in Dogs

An anti-parasitic medicine will be prescribed if mites are the causing agents of the disease. In both cases, the ear of the dogs will need to be cleaned thoroughly before using any drops or creams on the affected part.

More severe conditions can lead to complications that can affect the dog such as loss of hearing. Surgery may be required in severe cases.

Visit Doglime for more health related information for your dogs.