Spiritual Value of Dogs and Meaning 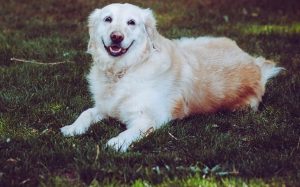 You probably love dogs as your lovely companion for good. But did you know that your furry pet has different meaning according to different religion of the world? If you didn’t, don’t worry, now you’ll.

Here are the spiritual values and meanings that dogs carry in different religions existing in the world:

The Chinese tradition is one of many traditions that worship dogs as part of their religion. It worships a total of 12 animals which includes dogs with other animals such as monkey, rat, snake, and dragon. They consider dogs to be one of the legendary animals and even have years on their name. To clarify, 2018 was a dog year, 2019 is pig year and 2020 will be rat year.

Chinese mythology considers the second day of the Chinese New Year as the birthday of all dogs. The native Chinese citizens take good care of dogs and even feed them delicious food items on that day.

Dogs have been found to have a sacred role in Ancient Egyptian mythology as they symbolize in religious iconography. They were also connected with the jackal-headed god of the underworld, Anubis. There was even a separate portion at the cemetery for dogs at Abydos where there were the graves of archers, dwarves, and women nearby.

Dogs, according to the majority of the Muslim jurists are alleged to be ritually unclean. The Islamic tradition considers dogs as scavengers so, Muslims don’t rear dogs as their pets that much.

The religion does not forbid its people to touch dogs but it prohibits to touch them when they are wet. It is because their tradition says that when you touch a dog when it is not wet, you do not become impure but eventually you will become if the dog is wet while you touch it. In case the dog is wet while in contact, then the hand should be washed seven times to purify from which one should be with the earth.

The Judaism religion does not ban the practice of touching and keeping dogs as pets. The Jewish law claims its people should feed their dogs and other animals they own before they eat themselves. They also should even make arrangements for feeding the dogs before obtaining them.

The Christianity religion values dogs a lot as they are mentioned in most of the Christian myths and stories. The deuterocanonical Book of Tobit mentions a faithful dog that accompanies angel Raphel and Tobias (Tobit’s son) on their journeys.

In another myth, Jesus told the story of a poor man Lazarus whose sores were cured by the licking of street dogs. Some modern researchers have claimed that the saliva of dogs contain lysozyme can have beneficial effects on the sores and can help to recover soon. The day of August 16 is celebrated in Bolivia as the Birthday of all dogs where they are treated well.

Dogs have a special religious value among the Hindus in Nepal and India. They are believed to be the messenger of Yama, the god of death and they guard the doors of Heaven. The Hindu religion also views dogs as the vahana or mount of the Hindu god Bhairava.

Dogs are worshipped on a day of a five-day Tihar Festival. The festival roughly falls on the month of November every year and the dogs are worshipped by applying Tika and making them wear garlands of the marigold flower.

The Greek mythology associates the dogs with the goddess of magic Hecate and they were connected to Artemis and Ares. Also, the three-faced dog Cerberus was the guard dog of the underworld. Other myths include that there was a dog known as the golden hound that protected the future king of Gods, Zeus when he was a baby.