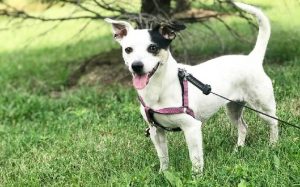 Chihuahua is one of the smallest dogs that was originated in Mexico. It is a lively, fun dog with a big personality. Although small in size, it has earned a reputation for being one of the most aggressive dogs. Only the owner who can handle its personality should own this dog.

Mixing Chihuahua with other terriers have been a trend and the outcome is satisfying. It has been mixed with a number of terriers that have got the full American Kennel Club recognition.

There are many mixed breeds of Chihuahua dog and here is the list of some popular outcome from the mix with its behavioral traits.

The Jack Russell Terrier and Chihuahua mix is an adorable one. It is slightly bigger than the Chihuahua and slightly smaller than the Jack Russell. Both breeds, being one minded needs a firm and consistent leader. Jackchi gets the stubborn personality of Jack Russell, so patient training is necessary. They have a strong prey drive, so taking them in a house with small pets is not much recommended.

Since Yorkshire Terrier is a hunting dog, the combination of this both active dog breed is great for an active dog owner who loves running and walking. It is the smallest mix out of all the Chihuahua mix breeds. Although small, it is very active having a playful and friendly behavior like Yorkshire Terrier.

The outcome of the Chihuahua and Pitbull Terrier is a strong and muscular Pithuahua in a small body of Chihuahua. They have a protective and courageous temperament that is willing to face any danger for the family, which makes them great guard dogs.

Boston Huahua is the adorable blend of the Boston Terrier and the Chihuahua. The outcome is a small dog but with a very intelligent, alert, and loyal temperament. They get the protective nature from their parent breed Chihuahua and the alert and loving nature from Boston Terrier.

The Chidale is likely to obtain the more of its size from its parent breed: Airedale Terrier with a long body. The ears and eyes will be like Chihuahua. It is an alert breed that will warn its owner of someone’s presence in the house with a bark but less likely to get aggressive towards them. They enjoy the company of their people and are playful towards them.

All the mix of Chihuahua with terriers is adorable and loving. As they are designer breeds, they each got the temperament from both of their parents. You can choose one from the above considering their personality and behavior. Choose the one that suits you the best.