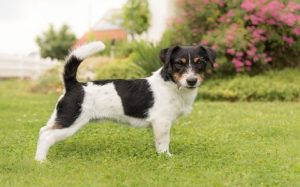 Confused about whether the breed is right for you or not? Parson Russell Terriers are recommended for an experienced owner who can understand the dog behavior and importance of canine training. Here is some information regarding the breed which might help you to decide.

The Parson Russell Terrier is believed to be descended from the dogs developed in Devonshire, England in the early 1800’s. The first ever breed was found by the young John (Jack) Russell and began to cross between the Black and Tan Terrier and Fox Terrier.

After the death of Mr. Russell, the breed became famous along with sportsmen and were apparently crossed with Dachshund, Corgis and asserted toy Terriers.

Parson Russell Terrier are good with children especially if they are raised with them. If trained and taught properly, they can be a good playmate for kids.

Parson’s should know their limits while playing so that they don’t hurt the children. They should be kept under supervision as they will often forget their energetic personality and may become rough players.

What Kind Of Behavioral Traits And Personality Does These Breed Have?

The Parson Russell Terrier are very loyal, loving and affectionate towards their loved ones. Despite their small size, they are also considered as great watchdogs and are very possessive of their territory and family.

As like any other Terrier breed, these Parson Russell Terriers also exhibit some Terrier traits such as excessive barking, strong-minded, possessive, rude to strangers and many more. They should be socialized at an early age to avoid such behaviors.

Parson’s should never be trusted off leash. They might chase small animals and once they get it, they will get it! It is impossible to call your Parson Russell. Similarly, digging is a common problem Parsons owner face. They are quick diggers that if you lost concentration in your Parson for even a minute, you’ll see that they’ve gone halfway down to earth.

Training is easy for Parson Russell Terriers since they are highly trainable dogs and quick learners. However, Parsons is likely to behave according to the person training them. If they don’t like the trainer’s personality, Parsons will simply ignore all the cues and will tend to be stubborn.

Parson should never be treated harshly while training. They may become offensive and will need confident and consistent leaders. Once they’re done with basic training, Parson Russell should be sent to advance obedience classes as well as agility training.

The average price of the Parson Russell Terrier puppy is $400 – $600. The cost of the puppy depends upon what kind of breeder you buy from or the quality of the breed.

The Parson Russell Terrier will give birth to an average of 4-8 puppies at a time.

Height: The Parson Russell Terrier stands up to 12-14 inches which makes them a medium-sized breed.

Weight: The Parson Russell Terrier should weigh up to 14-18 pounds on an average.

Breeds That Are Similar To Parson Russell Terrier