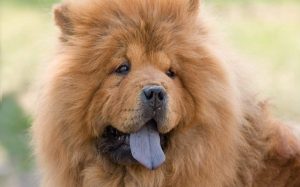 Chow Chow, which is also known as having the mane of a lion, bear-like appearance and blue-black tongue is a native of China and possibly oldest canine breed. While most of the dogs are known friendly, Chow Chow is known to be aloof. This Dog Breed is one of a kind with unusual personality and distinct temperament.

Chow Chow is not for any dog owner or a first-time dog owner. It is one of a kind and if you want to be his favorite person, you have to be exceptional.

The Chow Chow temperament is known to be one of the most difficult to manage. His fluffy and teddy like physical appearance can trick you in assuming a friendly behavior but to your disappointment, you will find him extremely antisocial.

Only a dog owner with a good amount of patience can handle his stubborn and aggressive personality and be dominant.

The Chow Chow is an independent breed and do not like to take orders. To let him know that there are rules to be followed, you have to show him that you respect him and teach him that respect should be reciprocate.

When it comes to being loyal, Chow Chow only chooses one particular person from all the family members. His loyalty lays only on one special human being, not the entire family members.

Chow Chow is a quiet and calm natured dog. It is described as an aggressive dog but it does not show its aggression unless provoked. Therefore, it is a great dog for people who like a quiet companion.

Aggression is the most dangerous temperament of Chow Chow. It is protective of its territory and loved ones. So, a stranger is not welcomed unless they are properly introduced by his owner. Also, Chow Chow should not be let free around children as they might poke or tease him and he might hurt them.

The Chow Chow comes in two coat type and the grooming varies to the coat type. If it is a rough coated chow, you need to brush him regularly to untangle its fur. However, smooth coated Chow Chow needs to be brushed once or twice a week. It is a clean breed and has a very little dog odor.

Despite his bear-like appearance, Chow Chow is not a cuddling and hugger kind of dog. They are not usually socializing dogs. Kids maybe disappointed with Chow’s lack of interest in hugging and cuddling. It is described as an aggressive breed mostly with the same sex but a well-raised Chow Chow isn’t aggressive.

Chow Chow is loyal to all the family members but holds a strong attachment to one special member. Chow Chow is suspicious of strangers which make him an excellent guard dog.

If Chow Chow is loved and respected, he will equally be loving and respectful in return. They mind their own business and do not like to be teased or treated disrespectfully so they should be raised around people with proper manner.

Chow Chow needs an experienced leader with a creative mind as it is an impatient and stubborn breed which makes training a difficult challenge. They are extremely dominant and do not like to be told what to do. Forcing a Chow Chow physically can lead to a violent response.

Chow’s training should be started at its early week (5-6 weeks) otherwise an older Chow Chow is an obstinate dog to deal with. Their training session should be kept short, fun and should include a lot of treats so that you Chow Chow doesn’t get bored.

Chow Chow can suffer from some diseases like joint pain, eyelid problem, and skin infection due to its thick coat. Chow is prone to overheat so his exercise should be limited.

Chow Chow is for the kind of owner who can keep up with its not so social, stubborn and aggressive behavior. The owner who understands his loyalty, devotion and values its intelligence will treasure Chow.

Are This Dog Breed Child Friendly?

No! Because Chow Chow is an aggressive dog. Children can play rough which cannot be tolerated by Chow. So, it is better to keep them away from children.

What Can Make Your Dog Aggressive?

Chow Chow is usually a quiet dog. You can see their aggression but not until someone provokes them. So, provoking a Chow is really a bad idea.

Chow is mostly a reserved dog and very protective of their people. They do not trust strangers, so a stranger is not welcomed until they are properly introduced to them by their owner.

Visit Doglime for more Dog information and their personality.