Skip to content
Home » Health » Ringworm in Dogs is Actually Fungus. It Lasts about 3 Weeks to Get Rid of it

Ringworm in Dogs is Actually Fungus. It Lasts about 3 Weeks to Get Rid of it 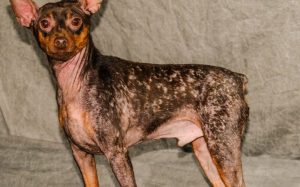 Dogs are usually dirt loving animals and endure diseases caused by unhygienic activities. Health issues such as diarrhea and vomiting are very common in them.

Another frequently seen disease in dogs is Ringworm. It is of no surprise that dogs get ringworm because of their unhealthy behaviours.

It may sound weird but Ringworms are not actually worms but fungus indeed, that attack the skin of dogs, cats, and other animals. There are three types of fungus which causes ringworm development. They are Microsporum Canis, Microsporum gypseum, and .

Causes of Ringworm in Dogs

Dogs get them through a lot of different ways. Most usually they get the infection through direct contact with other infected animals. In other cases, dogs get ringworm by touching the carpet, couch, chair and other household accessories that have traces of fungus.

Dogs can also get ringworm by being with other dogs and animals in dense amount. Polluted areas have more chances of having the fungus and of course, dogs like playing in dirty places with no doubt. That leaves us with no question where they get the infection from.

Symptoms of Ringworm in Dogs

Ringworm is not a risky disease at all but it surely requires the medical attention. It primarily affects the body parts like head, paws, ears and forelegs. And knowing the symptoms will help the pet owners to easily diagnose their dogs.

The primary symptoms of ringworm in dogs include circular area of hair loss or ‘Alopecia Areata’ which simply means that the infected dog loses some amount of body hair in a patchy formation.

Excessive amount of dandruff on the dog’s scalp is also a symptom of ringworm. Skin becomes red and inflammation occurs which is also known as Erythema. Itchiness also occurs on the body. The nails become rough and brittle.

In some rare cases, the dog’s claws fold, also known as Paronychia. The affected part of the body seems darkened and their body hair coat also becomes poor resulting in .

There are various ways for treating the ringworm in dogs. First and foremost is bathing the dog with anti-fungal shampoo twice a week. Other remedies to cure ringworm in dogs include applying ointments to the affected body parts.

Some vets even recommend cutting the dog’s hair very short to have ease during the treatment. Oral medications are used for advance cases and are used in rare cases if the condition is very chronic.

Depending on the type of fungus, vets provide tablets to be mixed in the dog’s food which stops the fungus from reproducing further.

Duration of Ringworm in Dogs

Ringworm usually takes seven to fourteen days before its exposure where as in minimum cases, it is found to have taken 21 days before the signs of infection developed.

Talking about the treatment duration, if proper and aggressive treatment is given to the dog, it will be treated in approximately 3 weeks. But if the dog is not properly treated, it will last for a longer period of time.

Is Ringworm Fatal in Dogs?

No, Ringworm is not a fatal disease in dogs and won’t cause a life-threatening condition for them. However, if the dog is not treated for a long time, it can suffer from irritation and itchiness. So, leaving your dog suffering from the fungus untreated is not a risk you want to take.

Does Ringworm Smell Bad on Dogs?

No, ringworm on dogs does not smell bad. But if you are about to put some kind of medicine to treat, the med might smell.

Will a Dog’s Hair Grow Back After Ringworm?

Can You Get Ringworm From a Dog If It Licks You?

Yes, you can easily get ringworm from a dog licking you. When an infected dog licks you, the dog’s saliva plays a huge role in transferring the fungal infection to you. Moreover, you can suffer from additional infections if you have any wound on your face.

Visit Dog Lime for More Health Prevention For your pet.