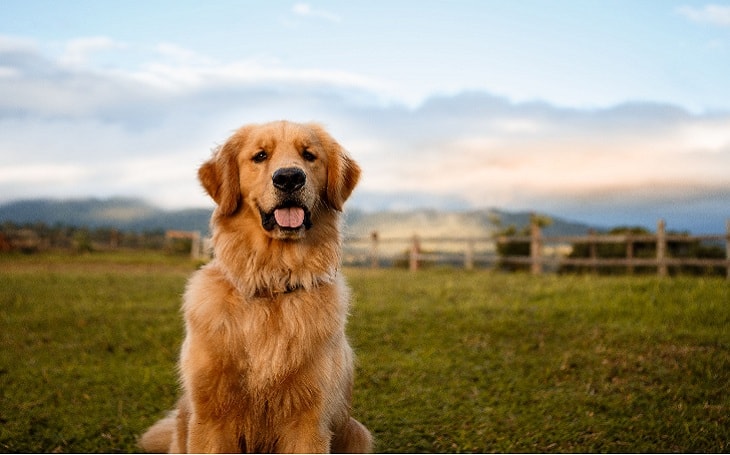 The Golden Retriever is one of the most beloved and loving breeds which was originated in Scotland. They are well known for their loyal and outgoing personality.

Golden Retriever’s tolerant and friendly attitude makes them a wonderful family dog. If you are about to own a Golden Retriever, here are all the details about this breed.

Originated in the Scottish Highlands, the Golden Retriever was developed by Lord Tweedmouth by crossing a yellow Flat-Coated Retriever with a breed that has been extinct now; the Tweed Water Spaniel.

Tweedmouth again crossed in the Bloodhound, Irish Setter and more Tweed Water Spaniel whose litters were called the Golden Flat-Coat. They were only later given the name Golden Retriever.

The Golden Retriever has been one of the most popular breeds as family companions and for obedience competitions, tracking and hunting, bird dog on land and water and a guide for the blind people.

AKC recognized the Golden Retriever in 1925 A.D. and the breed is currently ranking 3rd according to the club.

Yes, the Golden Retrievers are very child-friendly dogs that thrive on affection and love from others. They have a good reputation for being gentle and friendly with kids. They love being around with kids playing along all day.

Though they are not aggressive, their large-sized body is sufficient to knock down small children. So, kids shouldn’t be left unsupervised.

The Golden Retrievers are very calm and patient dogs that are very loyal to its owner. They are always playful and lively with the eagerness to please everyone around them.

The Golden Retrievers have a very loving and sweet temperament. They are very even-tempered that are very less likely to be aggressive. They are wary of strangers and act protectively in front of them.

The Golden Retrievers have a very lovable and genuine personality. They are suited to be the perfect companion for a man because of its friendly and reliable nature.

The Golden Retrievers are extremely easy to train as they are very intelligent and are ranked fourth in the Intelligence of Dogs by Stanley Coren.

Their intelligence makes it easier for them to learn and memorize things very easily. Even the first time owners will not have to face many difficulties while training the Goldens.

Here are some facts about the Golden Retriever breed that you would want to know:

Living an average life of 10-12 years, the Golden Retrievers suffer from various diseases. Some of them are as follows:

Osteosarcoma is a type of bone cancer that is usually common in dogs of large breeds.

Hip Dysplasia is an inherited disease in which malformation of the hip joints occurs.

The Golden Retrievers are found in four different colors which are as follows:

A mother Golden Retriever gives birth to 4-12 puppies at a time. A healthy puppy will cost you an amount of $500-$2000 approximately.

Here are some dog breeds that are similar to the Golden Retrievers in terms of breed category: