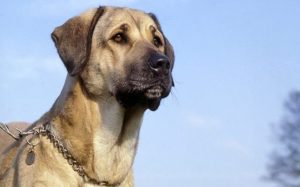 The giant breed, Anatolian Shepherd was originated from Anatolia in Turkey was bred to guard the livestock and is truly a working breed. No fox or burglar would pass through this giant dog.

If you’re thinking of adding this giant breed to your family then there are certain things you need to know about Anatolian Shepherd dog breed. Remember, this breed is totally not for the first time owners.

The history of Anatolian Shepherd date back to 6,000 years. The giants are named after their homeland Anatolia in Turkey where they are still popular and the point of pride. They were crossed between the mastiff and the hound breeds which gave the Anatolians a long legs and aloof character.

Due to their nomadic way of living these dogs had to protect the flocks of sheep and goats and even their shepherds. They had been large enough to stand against the predators and had stay day and night with the flocks to prevent from scattering.

These dogs were not fed when they pass the puppyhood. They lived by killing small animals and gophers though never injuring their flocks. Anatolian Shepherds were tied with iron collars with long spikes to protect them from assailants. However, you can still find these working dogs with the long spikes iron collar in Turkey.

A U.S naval officer, Robert Ballard, was fascinated with the giant working dogs and formed The Anatolian Shepherd Dog Club of America in 1970 and began breeding in California. However, prior to that the government of Turkey had given the Anatolians to U.S. Department of Agriculture as a gift to experiment them as a guardians of flocks.

Are The Anatolian Shepherd Child Friendly?

The Anatolian Shepherd is very friendly, loving and calm with their family for whom they are very protective. But because of their large size, they are best suited for homes with older children.

They have a leading attitude which makes them the alpha dogs, and are unlikely to respect the younger children as a leader. Every action should be supervised between the dog and the child by a responsible adult.

As with Anatolian Shepherds, you should teach your children how and when to approach your dog. They will surely love your child and even other pets if raised with them from puppy hood, they will accept them as a part of the flocks.

The Anatolian Shepherd was bred to protect the livestock. They can quickly develop aggression around strangers and predators. They determine on their own who is a safe visitor and who is not. As flock protectors they drive away all the animals who are not the part of the flock be it a neighbors dog or other animals passing through his territory. It can cause serious injury or even death.

Talking about their temperament, these dog breeds are bold and vigilant. Anatolians will protect their flocks and family till death. A working Anatolian is a happy dog. You need to be confident, firm and consistent during their training. If they sense any lack of leadership in their owner, they will take no time to rise to that position and become dominant and alpha dogs.

Coming to their personality, they are highly intelligent dogs which often makes them hard to train as they become an independent dog. Anatolians are very protective to their family and flocks and very aloof with the strangers. These dogs are excellent watchdogs with a deep and loud bark.

These are not family dogs, but working dogs. If you want to keep Anatolians as a family dog, then you need to cut out your schedule for your pet for exercise and training since they love being busy.

Anatolian Shepherds are stubborn, independent dogs. It may become hard to train if you’re not a confident leader. They thrive with leaders who can train them with confidence. This breed will take over the house if given little freedom. You may not be able to keep Anatolian away from barking but he can be taught when to stop barking.

Hypothyroidism: Hypothyroidism is more likely to be seen in Anatolian Shepherds. It is cause due to the conditions such as epilepsy, alopecia, obesity, lethargy, hyperpigmentation and other skin conditions.

Entropion: Entropion is the inward rolling of eyelids, which affects the lower eyelids of both both eyes. It will cause irritation and impairment of vision. It generally occurs when the Antolians reaches a year old. However, it should be treated before the dog reaches the adulthood.

The cost of the Anatolian Shepherd puppies varies from breeders to breeders. It can costs up to anywhere from $1,000 – $5,000.

Which Dog Breeds Are Antolians Similar To?

So, now that you know everything about the fiercely protective dogs, Anatolian Shepherds, we hope you made a right decision before bringing them home. They are not for the homes which cannot give them enough time and training. If you want an Anatolian, cut your schedule for your new furry giant pet.