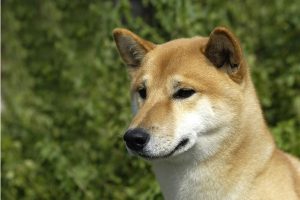 The Shiba Inu is an ancient Japanese breed with a well-muscled personality. They are spirited and well-natured dog breed which is considered the most popular companion dog in its native Japan.

The Shiba is a medium-size dog breed but is relatively small compared with other dogs in their family. They are dogs with the heart of a lion, which makes them excellent good watchdogs.

Shiba Inu is a Japanese dog breed which was once employed as a hunter. And today, they are officially recognized as a precious in its homeland Japan.

Shiba Inu got its name after their history as a hunter in the mountains of Japan; “Shiba” means “brushwood” in Japanese and “Inu” means “dog”.

The first dog of this breed was imported to the United States by a military family in 1954. By the end of World War II, these dogs almost extinct due to food shortage and post-war distemper epidemic. But they still managed to survived and is today the best companion animal of Japan.

Are They Child- Friendly?

Shiba Inu is a good family member as long as it is properly treated and socialized. They do well with children who treat them kindly and respectfully. However, they are not recommended for small children or kids as they may tend to turn aggressive if the children taunt it.

Loyal, loving, intelligent and highly adaptable are temperaments of Shiba Inu. They are quite alert, inquisitive and playful by nature and they tend to form a strong bond with their family members but can be a little wary and aloof around strangers.

Shiba Inu known to be very clean but you will get to see cat-like behaviors in them; they wash their face with their paws and purr like a cat when bring petted.

Shiba Inu is small dogs with an affectionate, gentle and loving personality and are not known to be aggressive towards people but will be aggressive with other dogs and animals, and will chase other animals and pets in the home.

Training and Keeping them on a leash is important if you want to manage them with other dogs and animals.

Training a Shiba Inu can be difficult as they possess a stubborn and independent temperament. Breeders recommend working with a professional dog trainer for their training who can understand their personality and temperament. They are quite dominant therefore they require a confident trainer who can give them firm and consistent training.

Shiba Inu are found in six color, they are:

Dogs similar to Shiba Inu are: